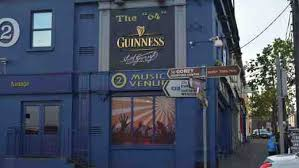 Gravesend, UK seems to be a town in much need of assistance as petty crime is on the rise and getting out of control according to some.A door supervisor who works shifts locally in New Road area of Gravesend says his town is out of control at weekends and people have had a number of incidents over the past few weeks.Working nights and at popular hotspots, this unnamed doorman says he often finds himself policing the area as the crime is effecting venues and innocent bystanders, just last weekend, a gang of 8 attacked two men outside a McDonald’s, stamping on the men’s heads before running away.The doorman recounts his own tragedy when one night thugs threatened to stab him more than once. The door supervisor, who the reporters are not naming say’s:“It’s like we are policing the area every Saturday night. I see cars pull up and park up and just deal drugs right in front of us. We’ve told the police, but we just don’t see officers.At weekends it’s worse and word is that they beat people up for fun.”Unfortunately this door supervisor is not alone in his concerns for his home town as Janusz Fusinak a door supervisor working for Queen Street nightclub recently was victim to a literal nightmare where he described the situation as an outright terror attack.Chief Inspector Andy Gadd, the district commander for Gravesham and Dartford said in a recent statement regarding the rise in crime:“In recent weeks we have seen two or three incidents which have caught the public’s attention due to their disturbing nature involving either groups of people in altercations or one person being injured by a bottle.While these incidents are concerning and Kent Police will be investigating them fully, it is important to remember these offenders do not reflect the attitudes or actions of the Gravesend community as a whole.Our message is clear, Gravesend is a safe place that we want people to enjoy and those who act in a way that threatens that will be dealt with accordingly.”The unnamed door supervisor says that he is in discussions with Gravesham MP Adam Holloway and the police about an incident he was involved in where he broke up a serious fight and no police showed up after a 999 call.

A hero Dublin security guard had to hang on for dear life after an alleged thief tried to make a getaway while he was clinging to their car bonnet.

Brian Croft, 38, was on his break in Blanchardstown Shopping Centre when he noticed a suspicious woman allegedly walking out of a store with bundles of clothes under her arm.

Brian said the clothes weren’t in bags and still had their hangers, so he went over to investigate.

By the time he reached her she had already gotten into her car with two other young women, and then she tried to reverse over him.

Speaking to Dublin Live the northsider said she drove straight at him leaving him up on the bonnet where he clung on for almost a kilometre.

He said: “When I was on my way back the mother was on the way out, it was a mother and two daughters.

“She got into the car before I could get to them and she tried to reverse over me.

“Then she went to drive off, before I could jump out of the way I was on top of the bonnet.

“She undertook a car, driving out of the retail park she swerved to try and get me off.

“Then she went around a roundabout and three cars swerved out of the way that she was swerving into.

“She went about 900 yards on the straight going hell for leather.”Brian went onto say he feared death if he let go, and that she eventually pulled over before getting to the M50.

“She got just over the flyover on the N3 and pulled over eventually.

“When she pulled over I got the radio and smashed it through the window on the passenger side.

“Then I went back to work.”

Croft, who has had 12 years of army training, amazingly went back to work like nothing happened, and even caught four men attempting to steal before gardai arrived to take his report.

He said: “Not long after I caught four other men with stuff in their jackets, unrelated, but they had €140 worth of stuff. So it was an eventful day.

“Then the guards came, they said they got 11 calls from the public about a young lad hanging off a bonnet

“Adrenaline kicked in I suppose.”

Gardai confirmed an incident saying the investigation was ongoing.
A garda spokesperson told Dublin Live: “I can confirm that on Friday evening 12th October, 2018 at approximately 6.30p.m. a suspect offender was leaving Blanchardstown shopping centre when a security man held onto the bonnet of a car trying to halt the offender.
“No persons were injured and investigations are ongoing.”